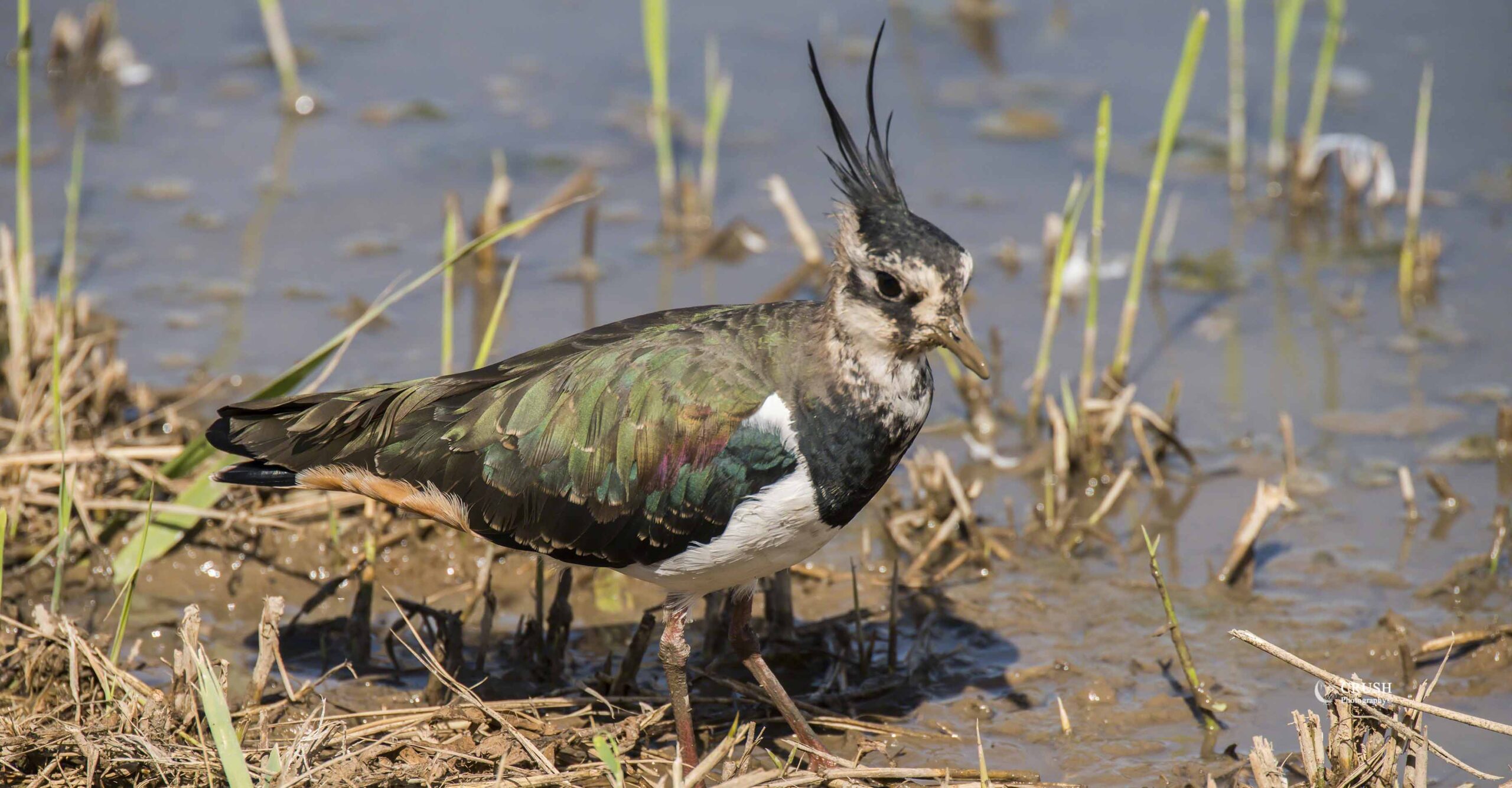 This is a vocal bird in the breeding season, with constant calling as the crazed tumbling display flight is performed by the male. The typical contact call is a loud, shrill “pee-wit” from which they get their other name of peewit. Displaying males usually make a wheezy “pee-wit, wit wit, eeze wit” during their display flight. It feeds primarily on insects and other small invertebrates. This species often feeds in mixed flocks with golden plovers and black-headed gulls. (Extract from Wikipedia)