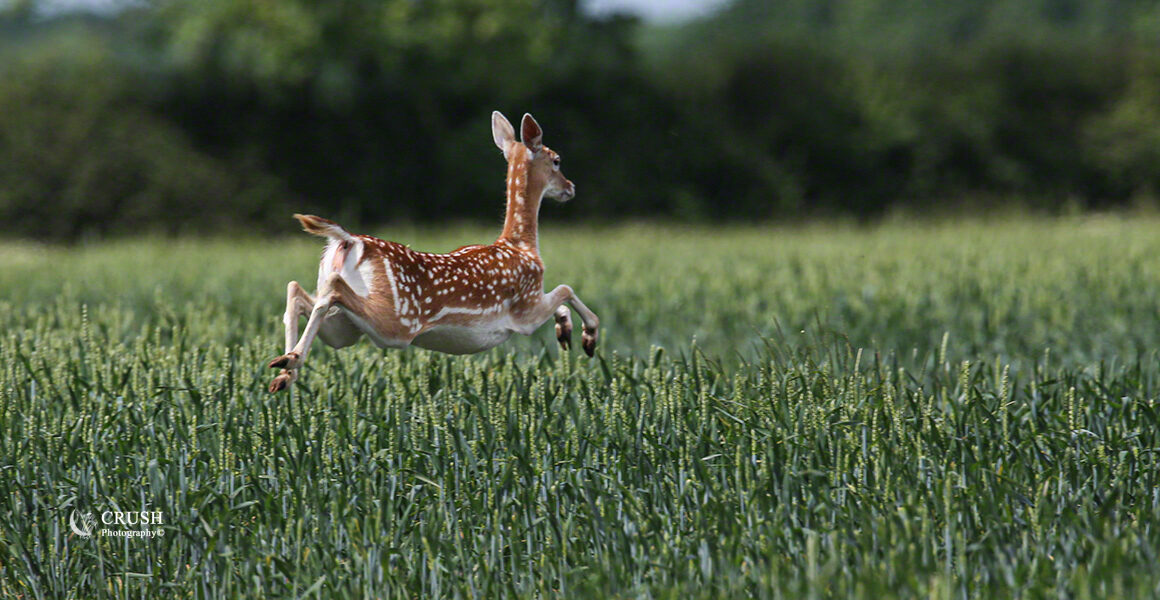 Male fallow called bucks, females does and the young fawns.

Fallow deer often have a distinctive black inverted horseshoe shape on their rumps, and a black stripe on their tails which are the longest of all British deer.

The fallow deer is the only species in Britain with palmate antlers. These become full-sized after the deer are three/four years old and can reach up to 0.7m in length. Facially, their head is more elongated than some species with large angular ears. 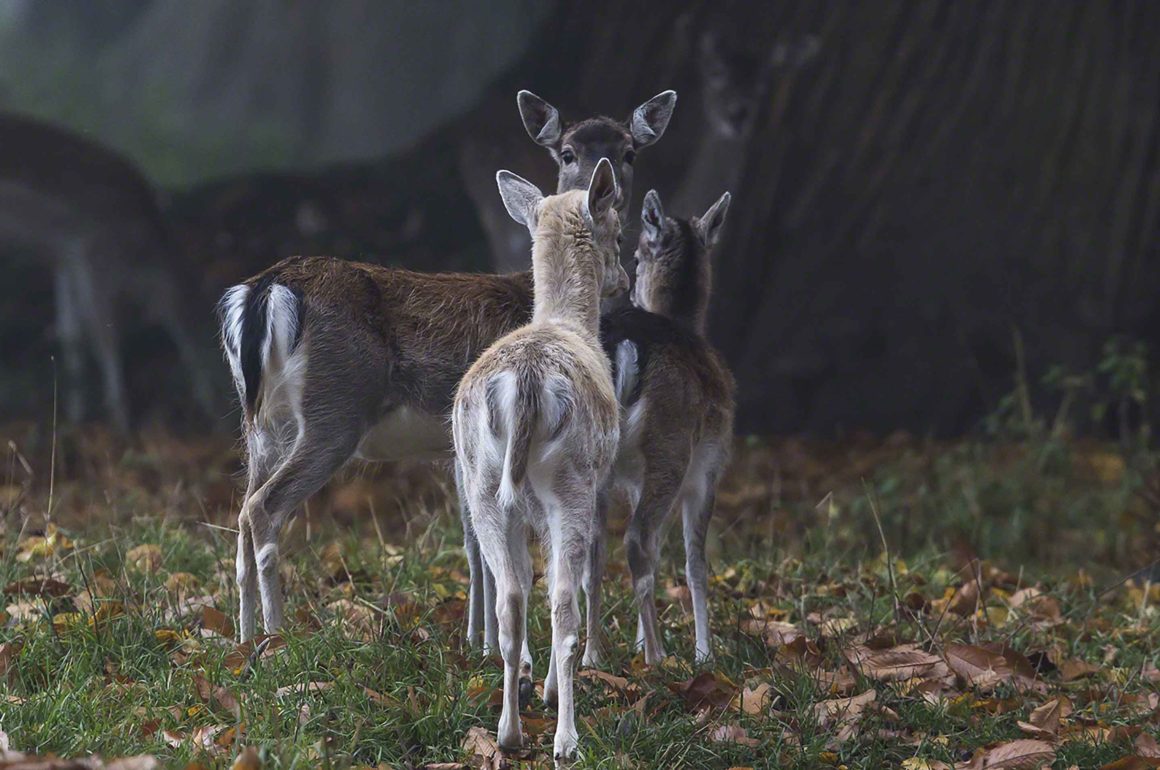 The male fallow deer is known as a buck, the female is a doe, and the young a fawn. They were first brought to Britain from the western Mediterranean during the Roman period, when they were kept within enclosures known as ‘vivaria’.

Much variation occurs in the coat colour of the species, with four main variants: common, menil, melanistic, and leucistic. They prefer to graze grasses although they will take trees and dwarf shrub shoots in autumn and winter.

Only bucks have antlers, which are broad and shovel-shaped (palmate) from three years. In the first two years, the antler is a single spike. Groups of adult males and females, usually with young, remain apart for most of the year in large woodlands, only coming together to breed.