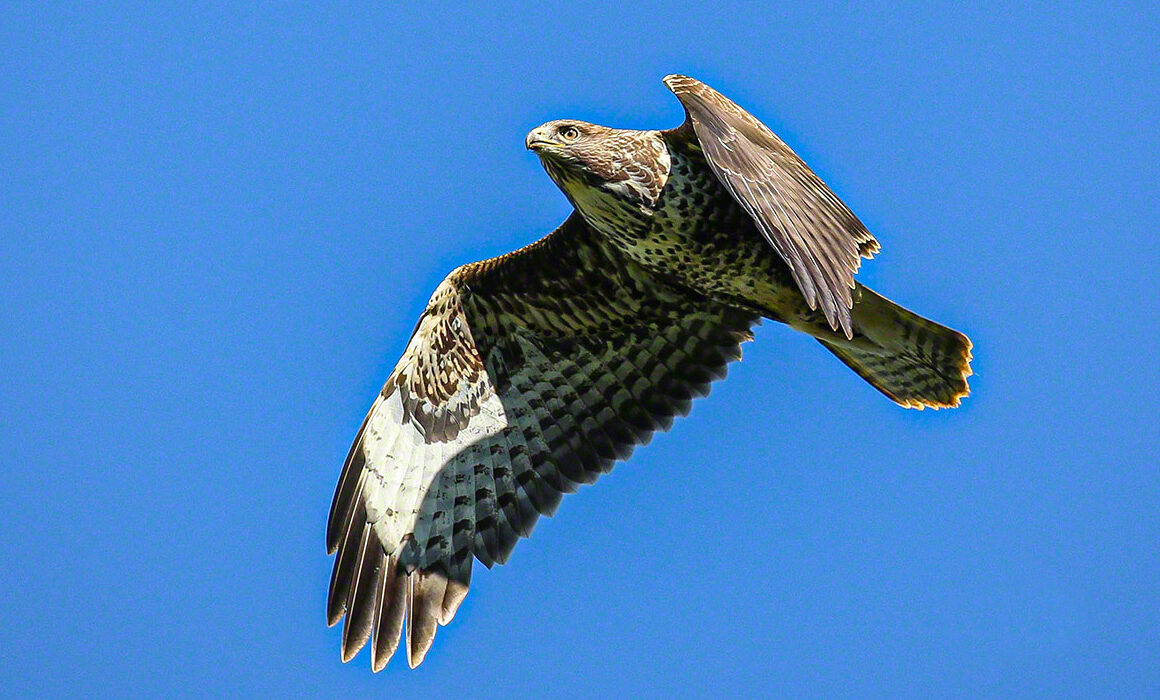 Now the commonest and most widespread UK bird of prey. The buzzard is quite large with broad, rounded wings, and a short neck and tail. When gliding and soaring it will often hold its wings in a shallow ‘V’ and the tail is fanned. Buzzards are variable in colour from all dark brown to much paler variations, all have dark wingtips and a finely barred tail. Their plaintive mewing call could be mistaken for a cat.

Greatest numbers of buzzards can be found in Scotland, Wales, the Lake District and SW England, but now breeding in every county of the UK. They are found in most habitats particularly woodland, moorland, scrub, pasture, arable, marsh bog and villages. Buzzards can even be seen in towns and cities including Glasgow. Look for birds soaring over wooded hillsides in fine weather, or perched on fence posts and pylons. In some areas they are known as the tourists’ eagle, often being mistaken for this larger bird of prey.

Buzzards, like many other birds of prey, were also affected by the use of organochlorine pesticides in the 1950s and 1960s, reducing their ability to reproduce. Populations and range remained restricted until the late 1960s when these pesticides were withdrawn. At the same time, there was a reduction in illegal killing, as gamekeepers in many lowland areas came to appreciate that buzzards pose a very limited threat to game shooting interests. As these threats lessened, buzzard numbers started to slowly increase in Britain and Northern Ireland.

All images by CRUSH Photography©

The Common Buzzard is a medium-to-large bird of prey 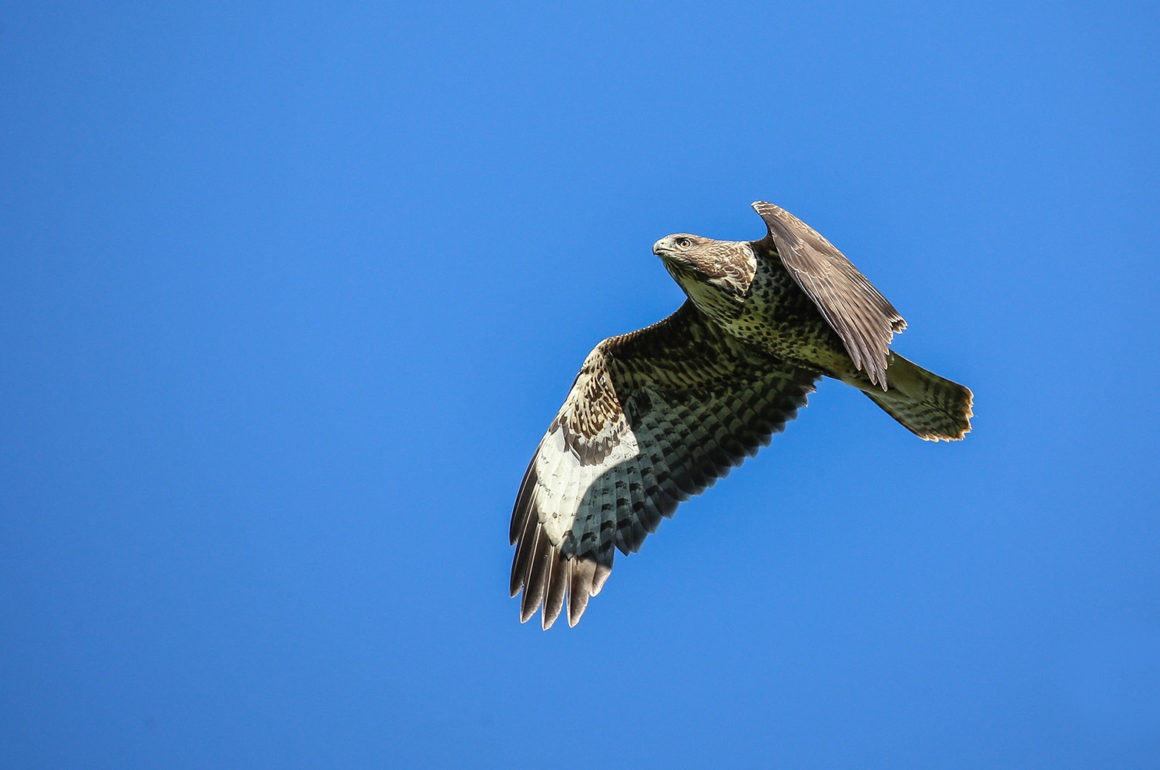 The common buzzard is a medium-to-large bird of prey whose range covers most of Europe and extends into Asia.