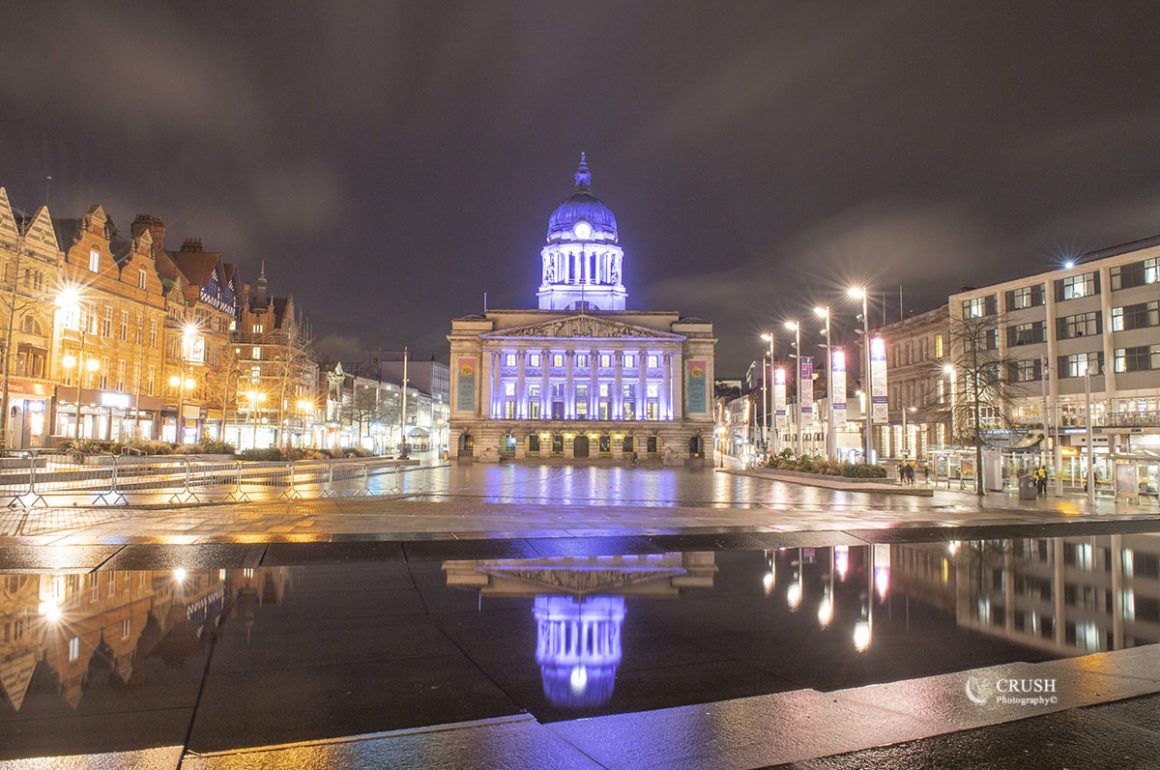 The centre of the city is usually defined as the Old Market Square,the largest surviving town square in the United Kingdom.[c A major redevelopment of the Old Market Square was completed in March 2007. Many of the main shopping streets abut the square, which is dominated by Nottingham‘s city hall. The building’s landmark dome may be seen for miles around. Much of the ground floor of the building houses the Exchange Arcade, a boutique shopping centre.

A Bohemian quarter of the city known as Hockley has arisen in recent years, situated close to the Lace Market area.

The northwestern end of the city centre is home to the Nottingham Trent University city campus which contains a lively mix of old and new buildings. The University’s Newton building is one of the tallest buildings in Nottingham and has a prominent position on the city’s skyline.