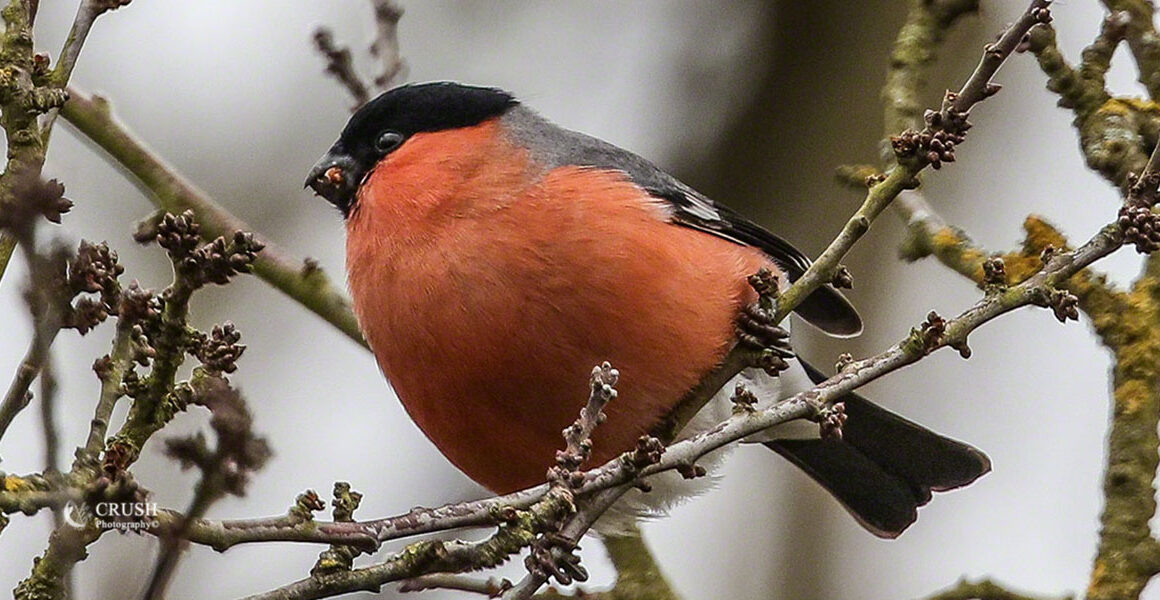 The colourful male bullfinch is unmistakable with his bright pinkish-red breast and cheeks. It has a grey back, black cap and tail, and bright white rump. The flash of the rump in flight and piping whistled call are usually the first signs of bullfinches being present. They feed voraciously on the buds of various trees in spring and were once a ‘pest’ of fruit crops.

The Bullfinch is a medium-sized to large finch, round in shape with a large, robust bill.

Both adult males and females have a black cap that extends forward around the bill, together with a grey back, black wings (with a grey-white wing bar), black tail and white rump.

The underparts of the colourful male bullfinch are rose-red, while those of the female and juveniles are pinkish-grey.

Juvenile Bullfinches have a brown head, lacking the black cap of the adults, but show similar wing, rump and tail markings.

The call note is a low, piping ‘deu-deu’ (sometimes ‘deu’), while the song is highly variable, though usually quiet in nature and audible only over short distances.