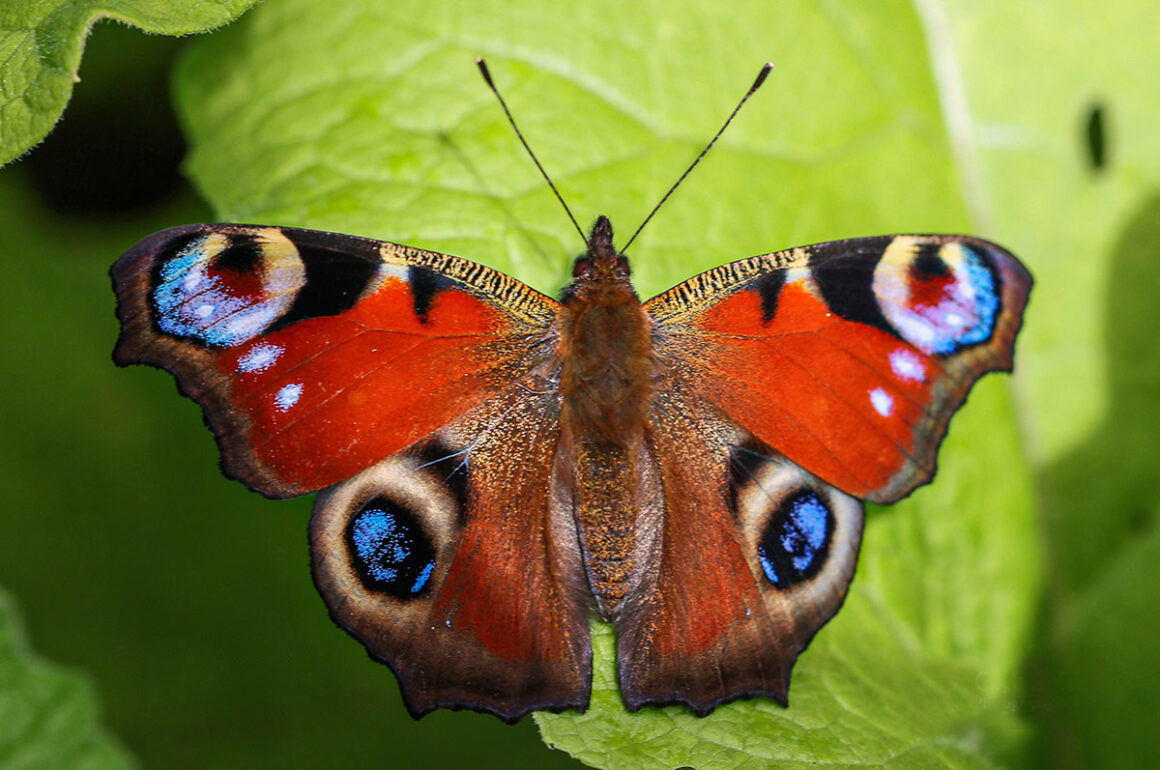 The Daily Mail reports today that “sightings of every listed butterfly species in the UK fell last year.

The type that saw the greatest decline was the painted lady – with a 38.5 per cent drop in gardeners spotting them compared with in 2020.

Over the last two years, sightings of this species have almost halved, with only 16 per cent of respondents to a survey stating they had seen one in their garden last year, down from 31 per cent in 2019.

The worrying figures come from BBC Gardeners’ World Magazine’s annual review which asked readers which kinds of butterfly they had seen most regularly in their garden last year”.

Images in this blog were taken by CRUSH Photography© 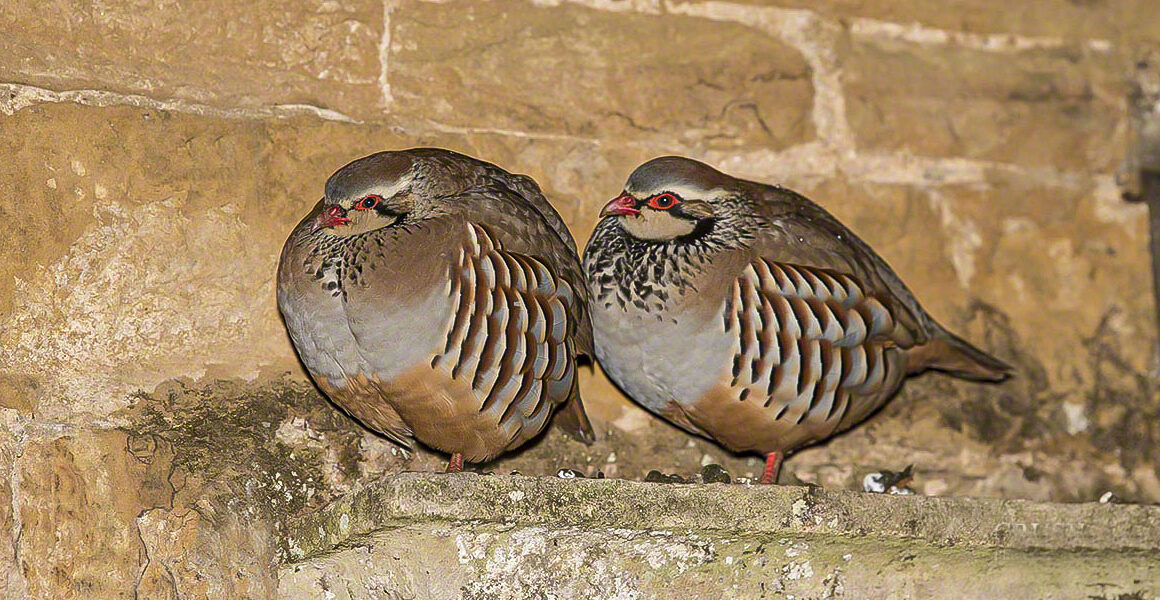 A plump, round bird, the red-legged partridge is common on farmland, where it feeds on seeds, leaves and small invertebrates. When disturbed, it prefers to run instead of fly, but will fly short distances if necessary. It breeds in open scrub and farmland, laying its eggs on the ground.

The red-legged partridge is sandy, grey-brown above, with intricate black and brown barring on its sides, and a white throat surrounded by a black necklace. The bright red beak and pink-red legs help to identify it.

The Wildlife Trusts record and monitor our local wildlife to understand the effects of various factors on their populations, such as the introduction of new species. You can help with this vital monitoring work by becoming a volunteer – you’ll not only help local wildlife but learn new skills and make new friends along the way.

More inormation can be obtained from the Wildlife Trust Website

Images on this Blog were taken by CRUSH Photography©

February 8, 2022 by crushblog No Comments 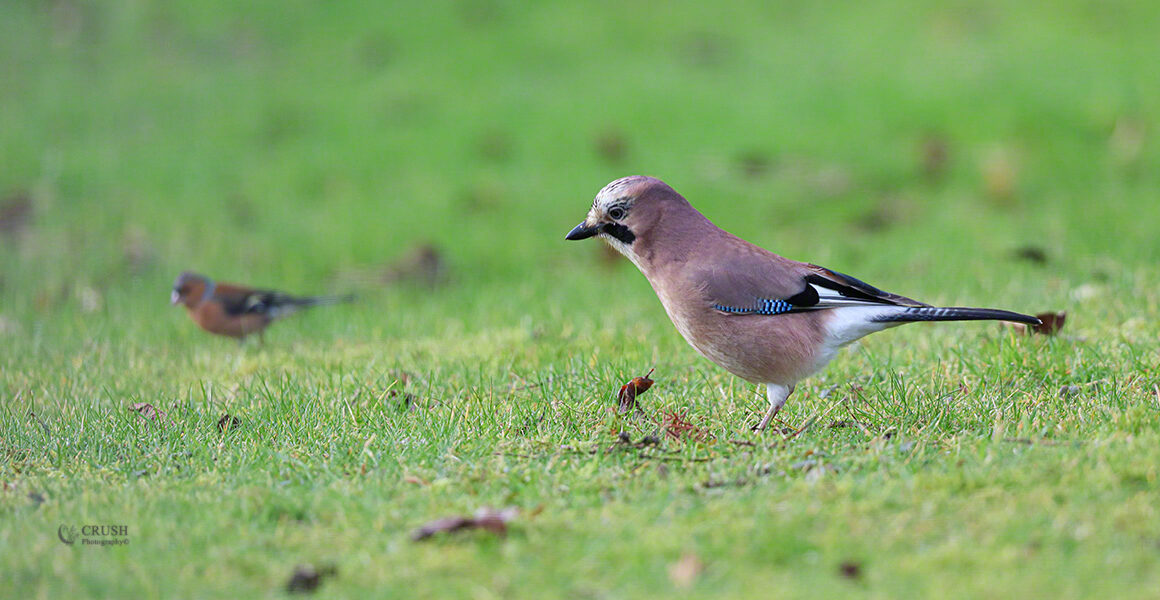 Although the Eurasian Jay is the most colourful member of the crow family, jays are actually quite difficult to see. They are shy woodland birds, rarely moving far from cover. The screaming call usually lets you know a jay is nearby and it is usually given when a bird is on the move, so watch for a bird flying between the trees with its distinctive flash of white on the rump. Jays are famous for their acorn feeding habits and in the autumn you may see them burying acorns for retrieving later in the winter.

You can find jay across most of the UK, except northern Scotland. Lives in both deciduous and coniferous woodland, parks and mature gardens. Likes oak trees in autumn when there are plenty of acorns. Often seen flying across a woodland glade giving its screeching call, it becomes more obvious in autumn when it may fly some distance in the open in search of acorns.

They are resident in the UK all year round apart from northern areas of Scotland and the west coast of Ireland, altogether numbering approximately 170,000 breeding pairs (RSPB). Over winter, due to harsher winters and lower stocks of acorns, Jays do sometimes appear in the UK from northern Europe in “irruptions”, or sudden bursts of large flocks.

Jays nest and breed in large shrubs, laying typically between 4 – 6 eggs that have an incubation period of approximately 16 – 19 days. Both male and female Jays feed the young.

February 3, 2022 by crushblog No Comments 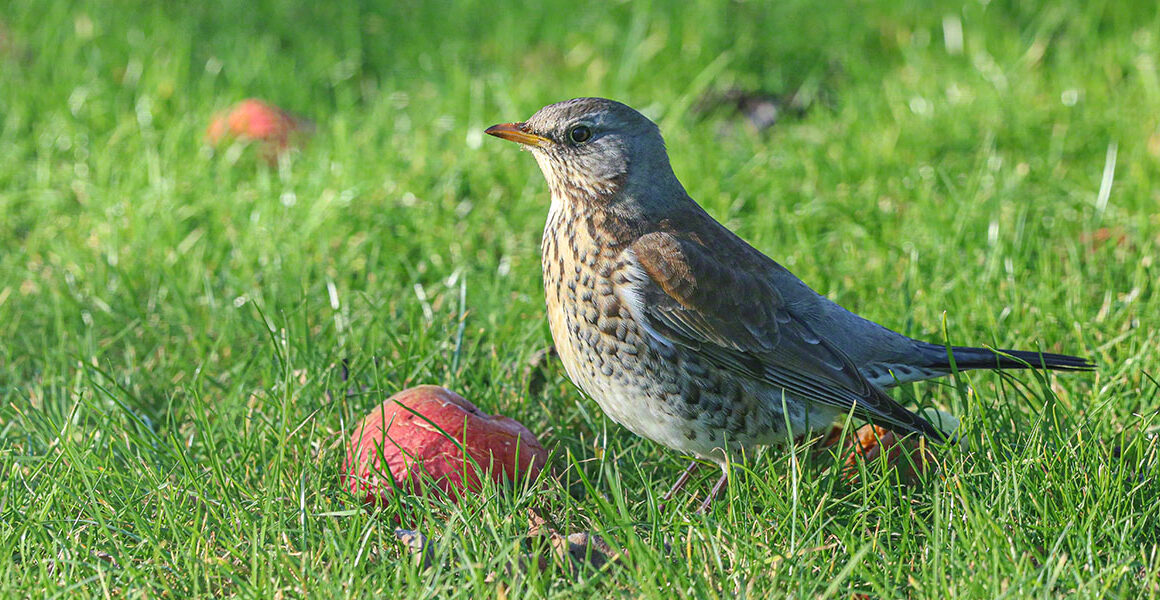 The fieldfare a migratory bird, is typically a winter visitor from Scandinavia. They are seen on farmland with large hedges, scrub and woodland laden with berries. In late winter they will feed on grassland and field margins. Mixed farming systems are most suited to the fieldfare as they provide the range of habitats which they require.

“Schack-schack-schack”- Usually a furious chatter, their song is simple with a few chattering, fast notes.

Share:
Reading time: 1 min
Page 2 of 21«1234»1020...Last »
All original content on these pages is fingerprinted and certified by Digiprove